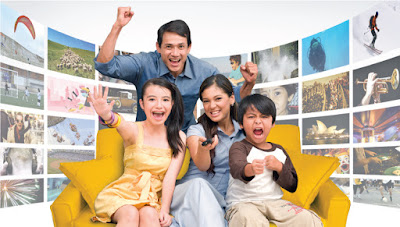 Best Cable TV Providers 2017 - Cable is the worst. And it’s not just in our imaginations — it’s a fact. According to the American Customer Satisfaction Index (ACSI), a research group at the University of Michigan, customer satisfaction of cable companies is the lowest of any industry, and it’s not done tanking. Last year it dipped another 3.1 percent. The benchmark score is a paltry 63 and some providers (ahem, Comcast and Time Warner Cable) are clocking in just barely above 50. For comparison, the US Postal Service ranks a 75.

There used to be no other option: Without cable, there was no way to watch your favorite shows. But with streaming devices and subscription services on the rise, that’s no longer the case. Some of the best shows on TV aren’t even on cable TV anymore — Amazon Instant Video has Transparent; House of Cards is exclusively on Netflix; Broad City broadcasts via Hulu — and streaming is becoming less an alternative to cable and more the go-to way to get our shows. In fact, we’ve taken an in-depth look at several ways to get your entertainment fix, including cable, satellite, and streaming.

But back to cable. If you’re sticking it out with one of the old-school providers, it’s because, for you, hundreds of channels On Demand, robust DVR functionality, and snagging a low (if only for the first year) rate truly matter.
The good news is every single cable company we researched has exactly the same features. They also had the exact same flaws: confusing bills, low-ranked customer service, inevitable rate hikes, long installation appointments, fees, complex package options, and discounts that require bundling with services that not everyone wants or needs anymore — like landline phones.

What they don’t all offer is service where you live. Unlike streaming services or satellite dishes, cable and fiber optic companies have to run a physical line down your block. Is there an easy way to find out where they do offer service? Of course not. To find your availability, get ready to type in your ZIP code and hope the form recognizes your address.

If you’re one of the lucky few who has more than one option, we suggest prioritizing customer support. In an industry known for poor customer service, imagine dealing with the worst of the worst. From there, choose on value — if there’s a reason to love something that’s a pain, it’s because you’re happily paying less for it.

Our Picks for Least-Worst Cable TV Providers
Verizon FiOS
Verizon Fios is only in a whopping 13 states, but even with that low number, it beats the other fiber optic options in sheer availability. It also has the highest customer satisfaction score in the industry.

Comcast XFINITY
Comcast is as nationwide as cable gets. At 41 states, it easily wins for best coverage. But best customer service? Not even close.

AT&T U-verse®
AT&T U-verse combines the quality of a fiber optic network with a massive lineup of more than 500 channels. Bundling options are also strong, especially after AT&T's acquisition of DirectTV.

Time Warner Cable
Time Warner Cable is a large cable company that could get even larger if its merger plans come together. The resulting company could give Comcast a run for its money in the cable industry.

The Bottom Line
The best cable company for you is probably whichever serves your neighborhood. If you’re lucky enough to have more than one option, compare their customer satisfaction scores — everything else is most likely standard fare. If dealing with cable becomes too painful, look into cutting the cord altogether — our TV provider review walks through which device to buy and which services to subscribe to.