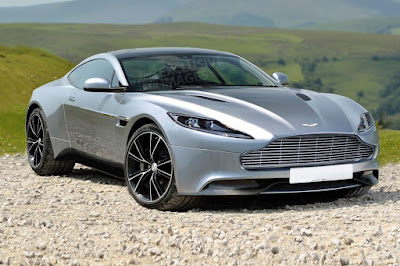 Best New Cars for 2016 - From supercars to superminis, we round up the best new models to hit showrooms next year

Things are looking bright for car buyers and in 2016, with new cars appearing every month. Strong sales and growth this year means many manufacturers are busier than ever prepping new models, and every sector will have fresh market entrants.

We'll see practical and fun small cars, bonkers hypercars, the latest generation of hybrid tech and all-electric SUVs, and all will hope to make an impact in increasingly competitive sectors.

Some models will put driving thrills first and foremost, while others will push the boundaries in terms of design. Technology will also get more and more prominent in the driving experience, with an increasing amount of autonomous features and connectivity.

To keep you up to speed with what’s on the horizon, we’ve compiled this must-read page that showcases the best cars destined for your local showroom in 2016.

If you’re in the market to buy a new car, don’t set foot in a dealership until you’ve read our rundown of the best cars for 2016...

Alfa Romeo has been absent from the compact executive market for the past four years, and it’s been a less glamorous place as a result. While the brand’s last attempt at a BMW 3 Series beater was the sharp-suited 159, the new Giulia revives a classic Alfa name and uses sensuous looks in a bid to win sales.

Unusually, bosses revealed the hottest model first – the wraps came off the BMW M3-rivalling 4WD QV, with its 503bhp 3.0-litre V6 turbo, this year – but the range will include smaller-engined versions and numerous trim levels to battle the likes of the Mercedes C-Class, Audi’s new A4 and the Jaguar XE.

There’ll be a range of efficient diesels and turbo petrols to appeal to company buyers, and most Giulias will be rear-wheel drive to compete with rivals for thrills. The platform will also underpin Alfa’s new SUV.

The eagerly awaited successor to the 1 Series M Coupé is almost with us, offering a rapid, slightly smaller and cheaper alternative to the M4. As our picture shows, it adds some muscle to the familiar 2 Series body.

Unlike the 1M, though, the M2 will be available with manual and automatic gearboxes. Under the bonnet lies an uprated version of the M235i’s turbo straight-six engine, but with 370bhp. That means 0-60mph takes 4.5 seconds for the manual and 4.3 seconds for the auto.

The Euro-spec Edge finally broke cover at the recent Frankfurt Motor Show. It’s based on the new Mondeo and will sit above the EcoSport and Kuga SUVs in Ford’s current model range.

It’s designed as a cut-price alternative to cars like the BMW X3 and Audi Q5, and will major on space and practicality, with five seats and a big boot. Much of its dashboard and interior design is borrowed from the Mondeo, with tech such as inflatable seatbelts and Active Noise Cancellation carried over, too.

It’ll launch with a pair of 2.0-litre TDCi diesel engines, with either 188bhp or 207bhp. The latter is only available with a six-speed auto gearbox, while the entry-level car makes do with a manual. Trim levels range from Trend, through Sport and Titanium – with 80 per cent of buyers expected to opt for the range-topping model.